When you’re making a public appearance, press distribution, ticket sales, public awareness and on-site coverage all come together to make the event a success, and a return on your investment.

When Dennis DeYoung’s management contacted us, there was a specific goal they had in mind, and it had a lot of parts to it. Dennis DeYoung was going to make his first Los Angeles appearance of his career since departing from the band STYX. The show would be filmed live and released on DVD, as well as being shown on AXS TV. It was going to be big news. Here was a brief on what they needed.

When we discussed attendance, his management stated, “We want the audience filled with true Dennis DeYoung fans. Not passerby’s looking for an evening out, who might stay a few songs and leave. Not a crowd who will be standing with their cell-phones out – we want an attendance that will show his fan’s dedication.”

To achieve this, Joe’s consideration was that the show itself would entice all his fans, there are certainly enough in Los Angeles to fill the El Rey Theater – but we have to leave them with absolutely no reason to say no to coming – at the same time, giving them a sense of urgency that if they don’t act fast – they’ll miss out.

This wasn’t a show to make tour money on. It’s a long game, the CD will sell, the TV streaming will repeat over and over and money will be made – this was about the moment. There was only one catch …

We started with the LA based radio station 100.3 the Sound. The former FM giant celebrated the heritage of vinyl era rock and roll; it was the right radio market. We got in touch with legendary radio host Uncle Joe Benson and arranged for a 2-pair a day ticket give-away the week leading up to the show. They would, however, for the few weeks prior, discuss the forthcoming show and the ticket giveaway that would take place.

Then we got onto the online magazine circuit. We reached out to editors we’ve worked with for years and wrote them articles for their websites. They agreed to share them, post them – some even wrote them for their magazines without more than the press release we distributed. Then we started on the press release distribution. A new article or press release every day for three weeks. Saturday, Sunday – it didn’t matter. For 21 days, articles and press releases went out. Video teasers, radio spins and email blasts went out. Joe reached out to LA based rock artists he knows and worked to turn it into a pre-planned gathering of rock legends who would come together with their tribes to celebrate the artistry that is Dennis DeYoung’s musical history.

The day came for the box office to open and tickets to sell. In an astounding and literal record breaking 8 minutes, the venue was entirely sold out. As it turned out, we had guests flying in from as far away as Australia to attend the event. It became a global phenomenon.

The night of the show, Joe brought his camera and shot the band during rehearsals, then throughout the show. Inside the DVD booklet, all but 2 of the photos printed were captured by Joe, inclusing the photo DeYoung licensed for the years following as his official promotional poster shot. It didn’t end there.

After the show, a second wave of news followed. This distribution included a video Joe captured from the balcony of the band performing the song “Blue Collar Man,” and press releases about the forthcoming DVD. We wrote articles and distributed coverage of the event to the same network of support that highlighted the event and fulfilled the distribution of promotional copies of the DVD after it was manufactured and packaged.

In the end, it landed on the top of the charts across Canada and became one of the biggest selling products DeYoung ever released in his solo career, surpassing a number of major label acts released at the same time. A total success.

Some of the coverage results. 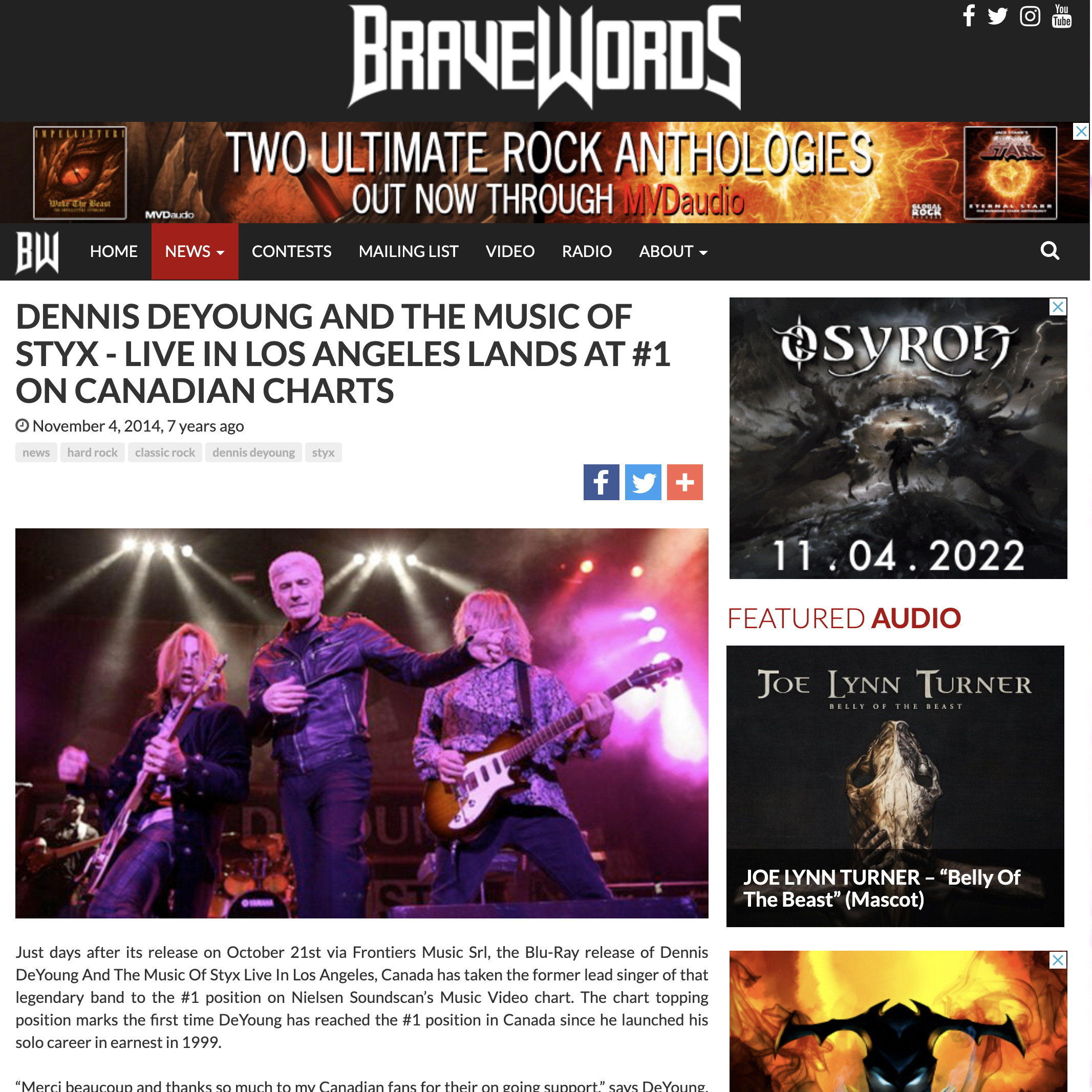 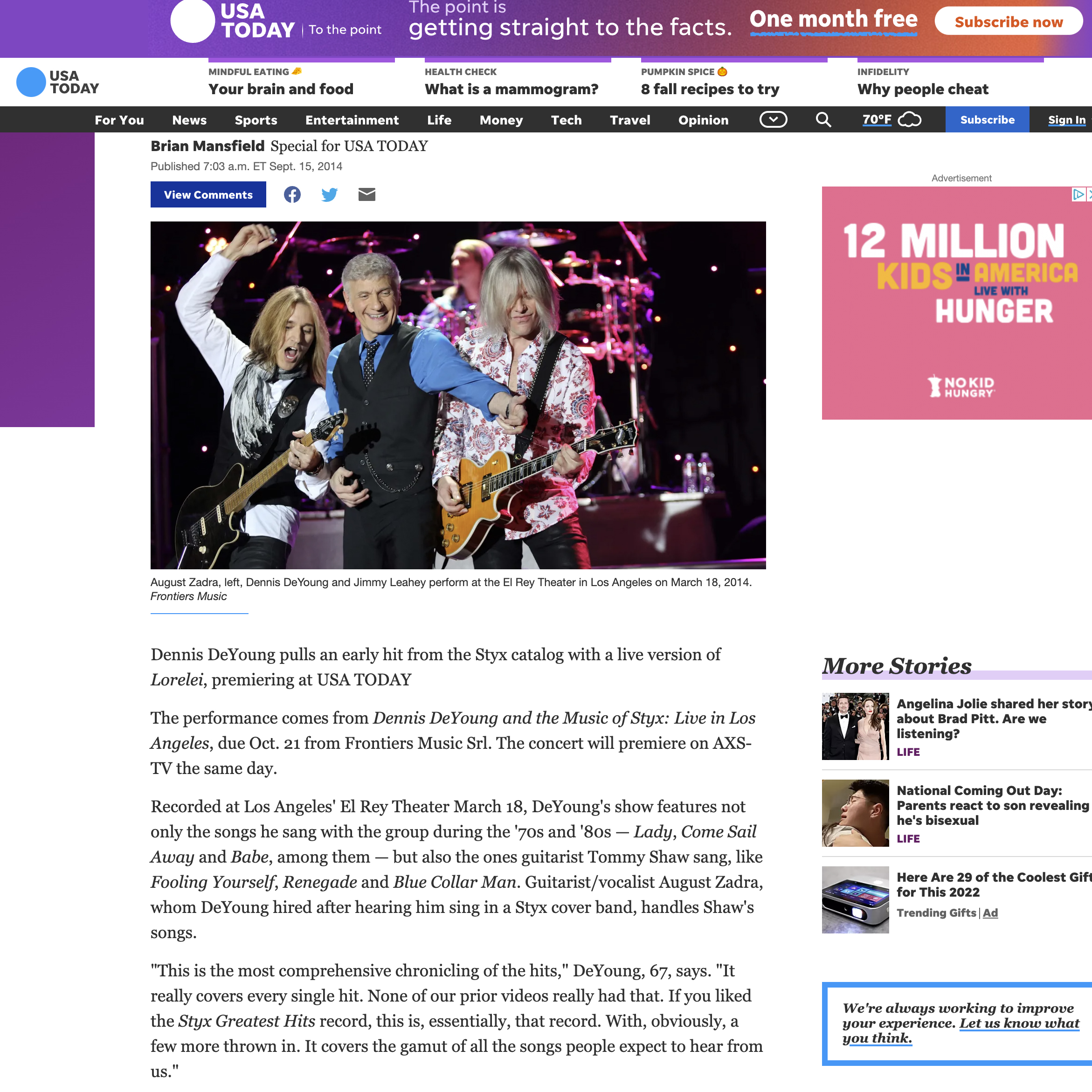 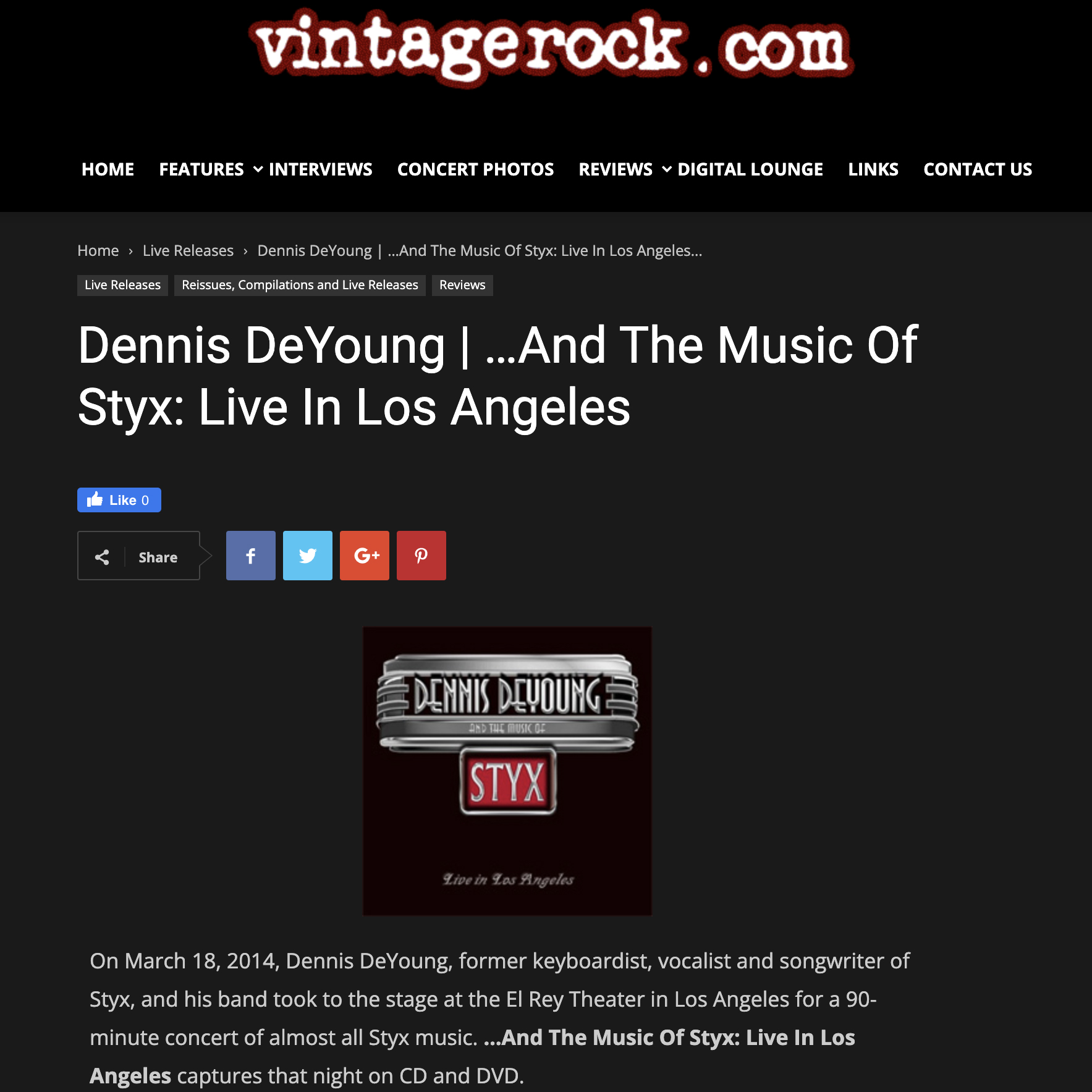 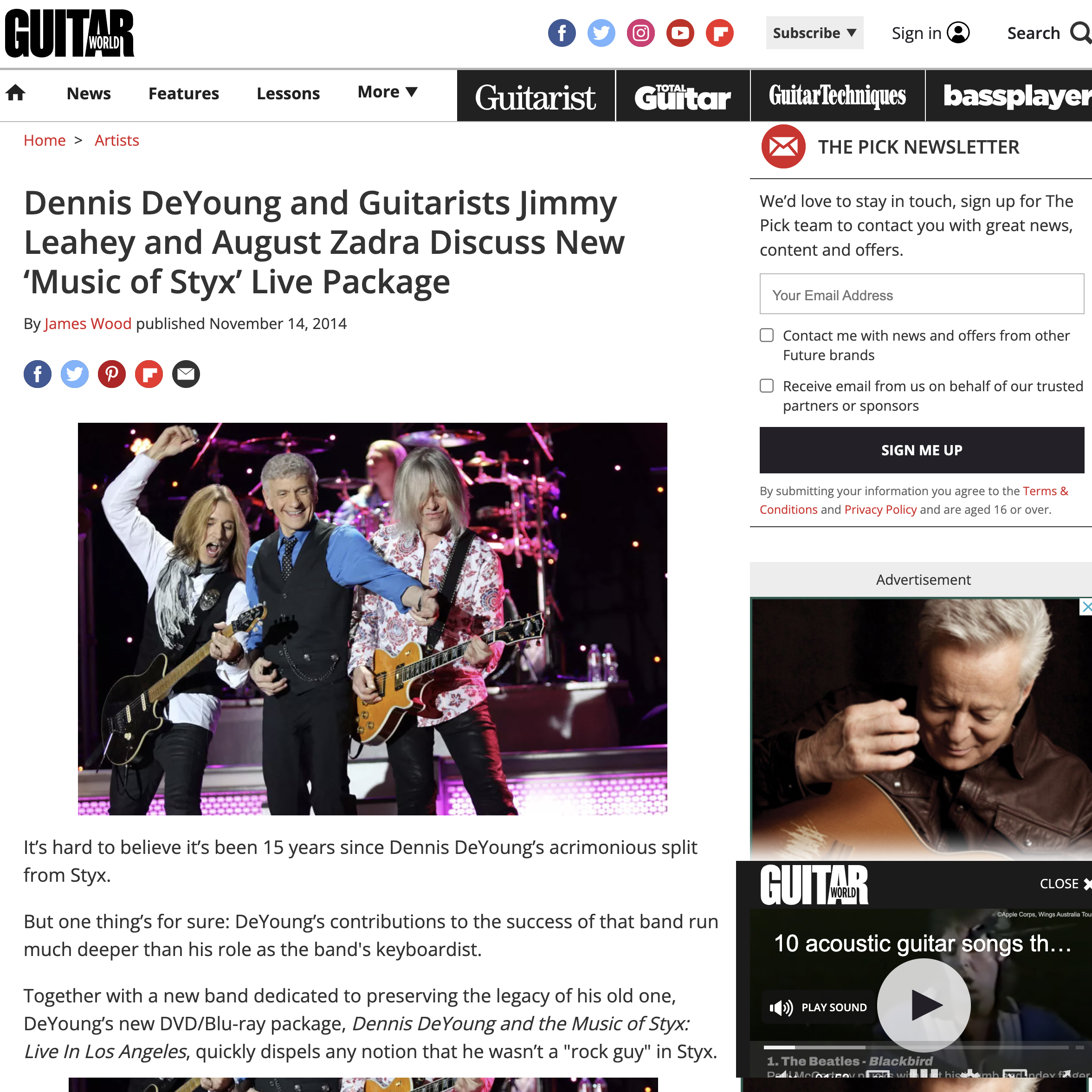 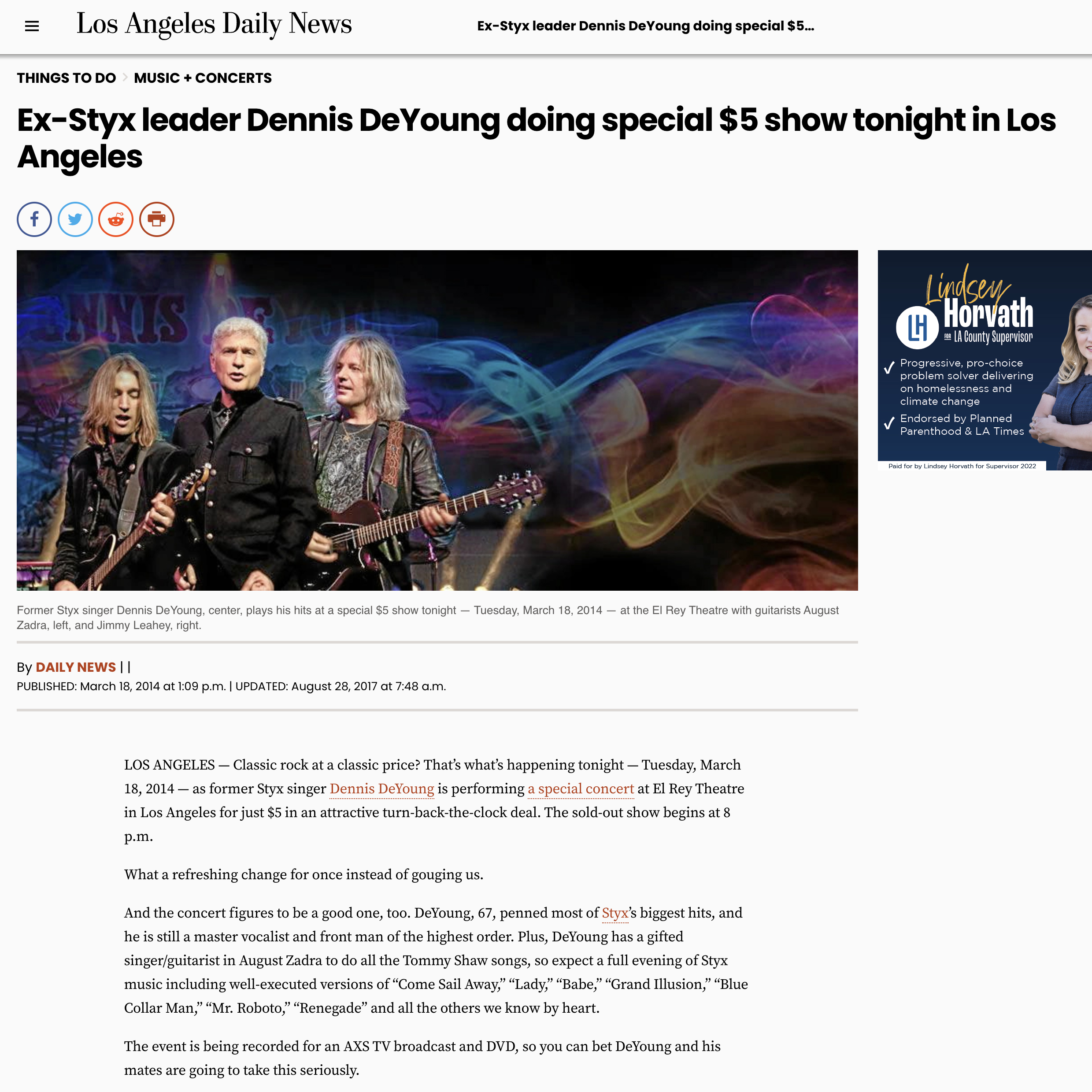 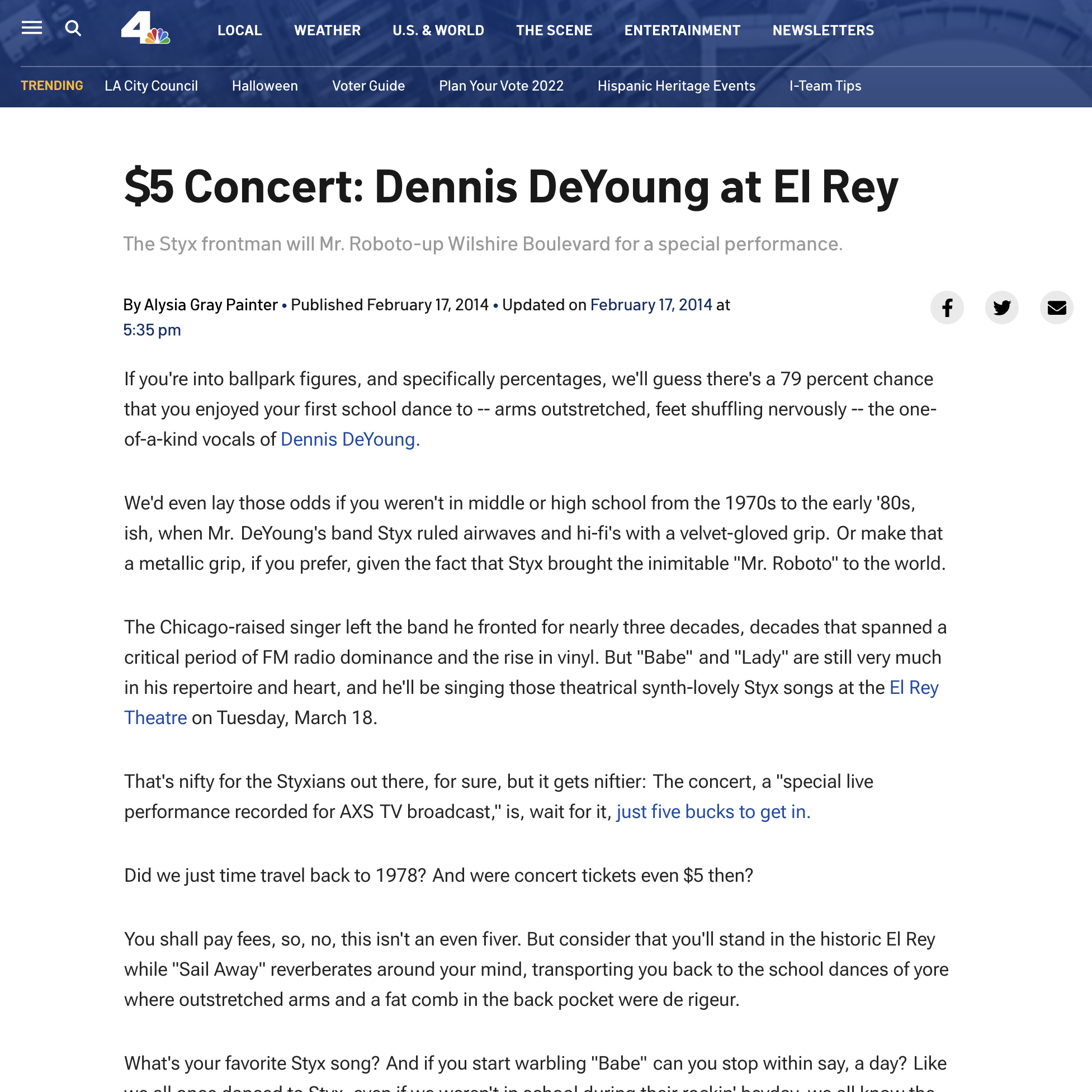 Some of the pictures from the show. 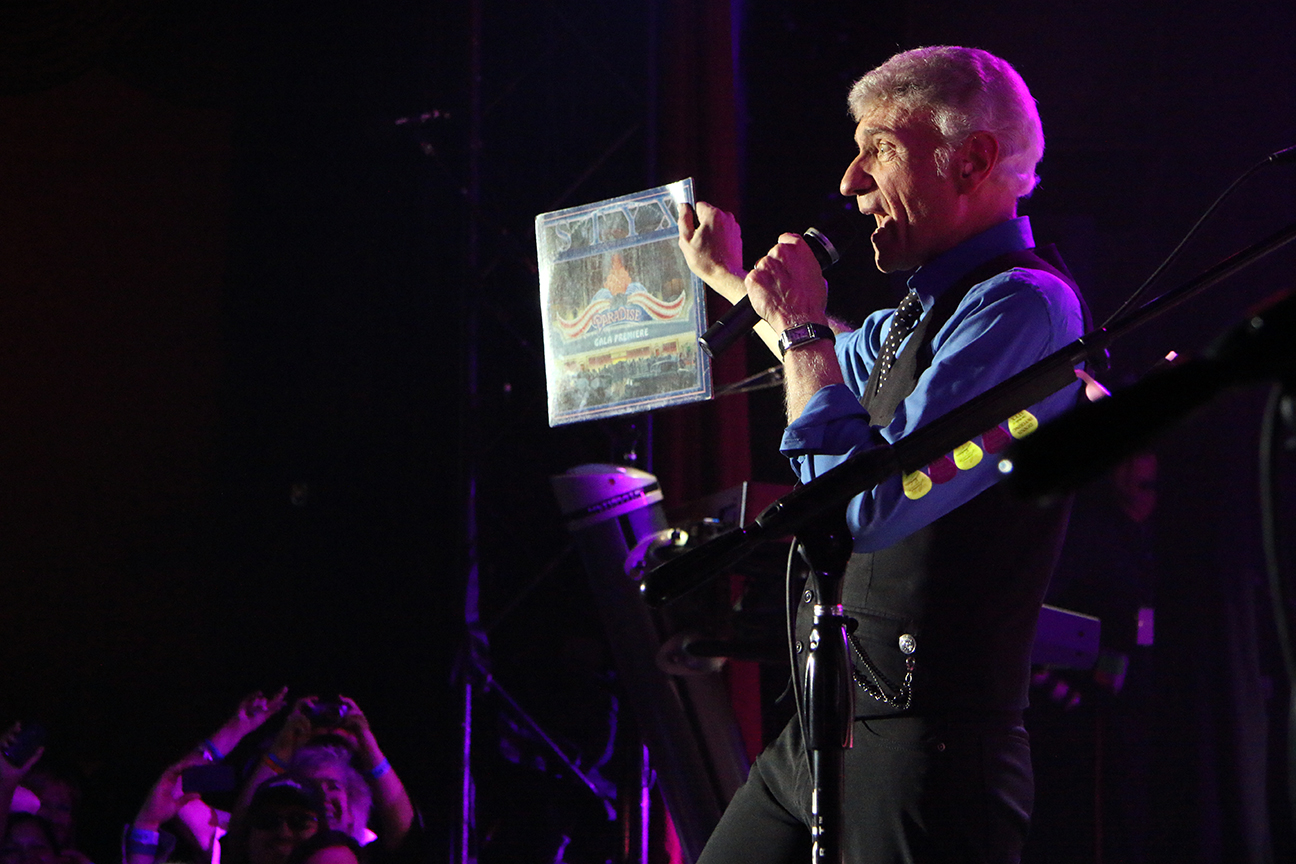 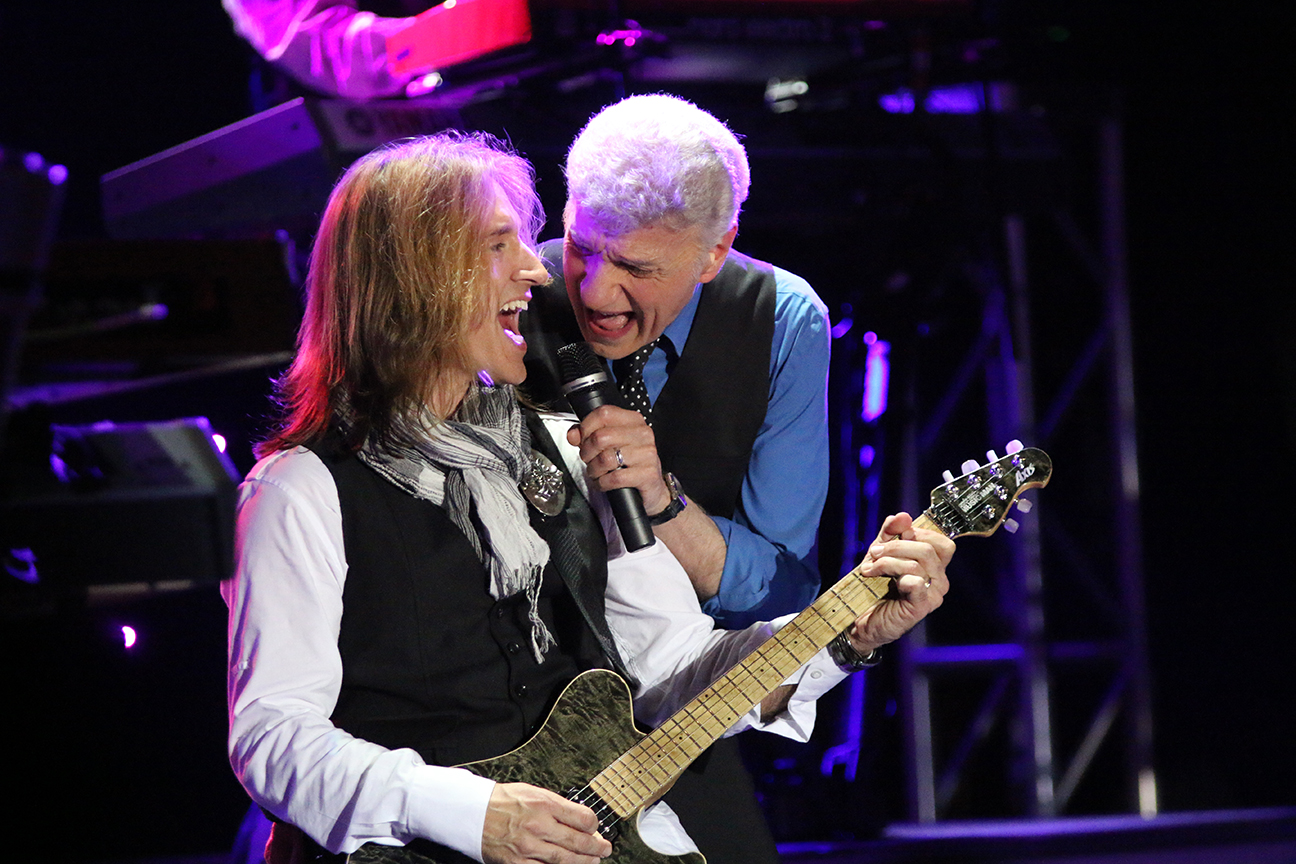 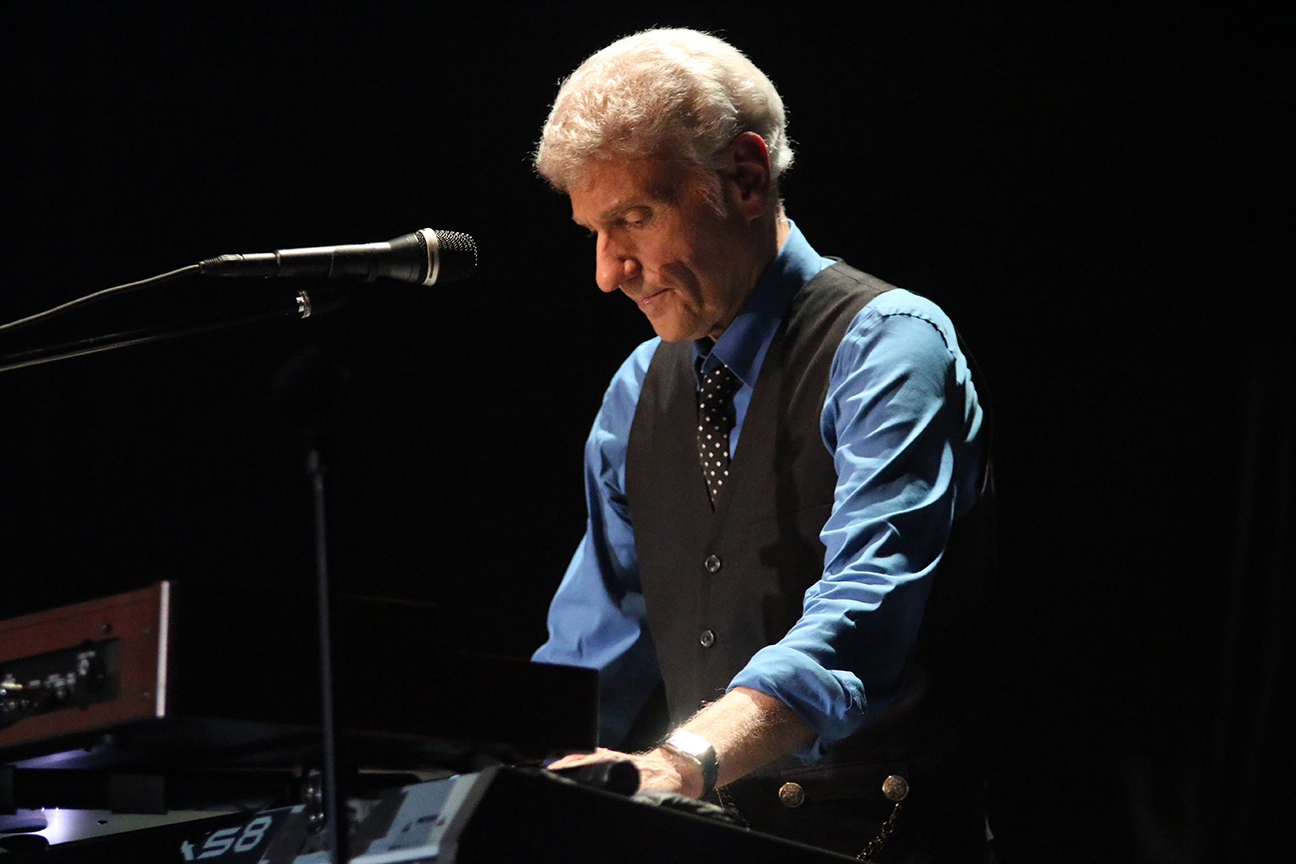 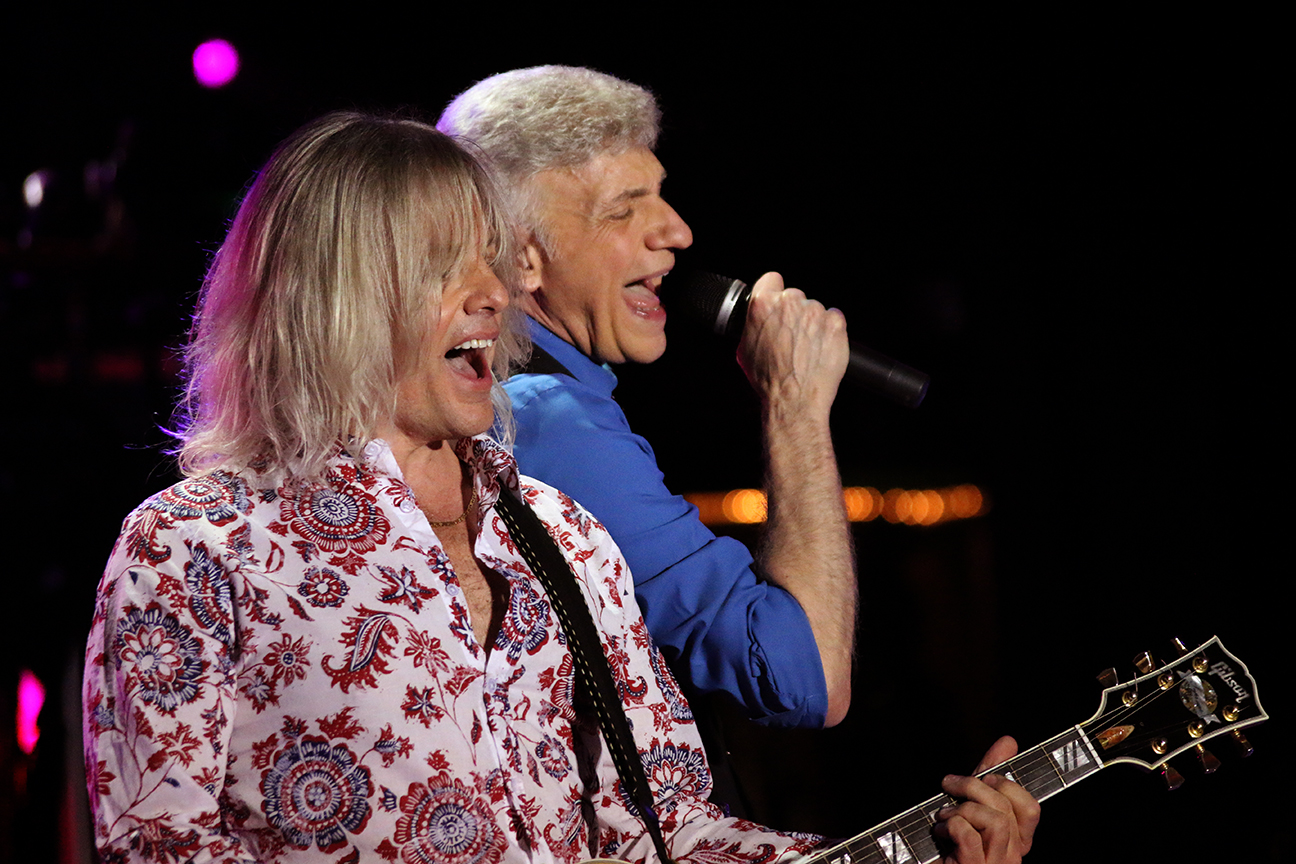 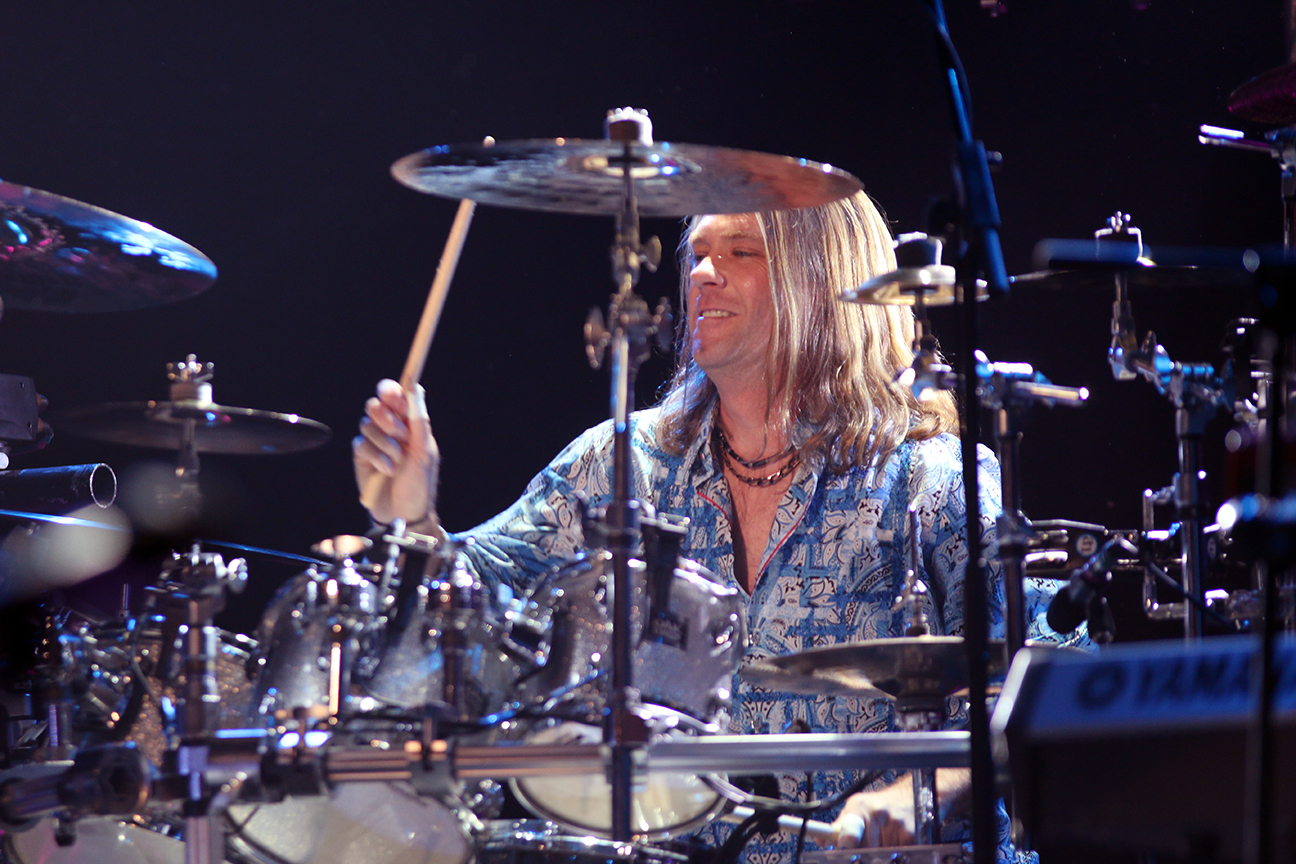 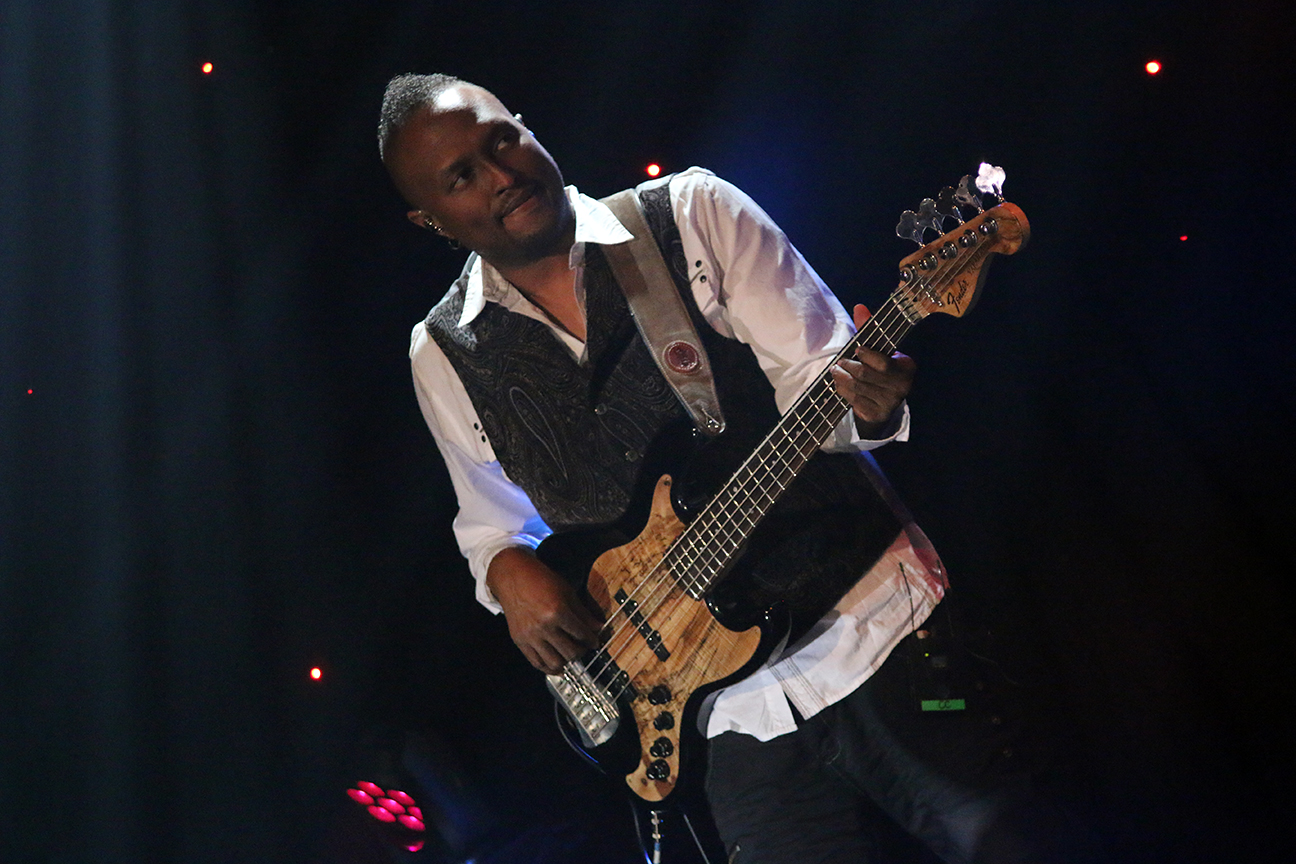 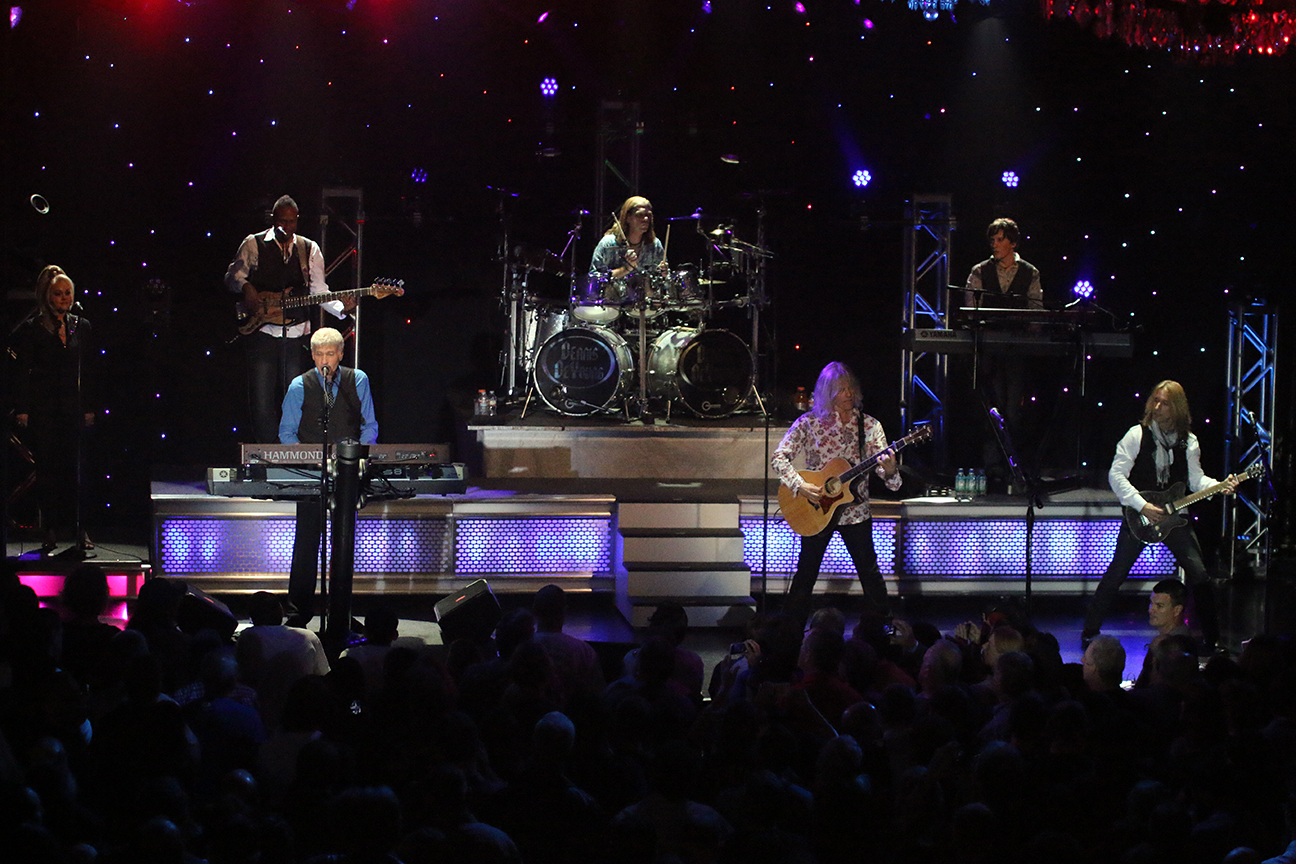 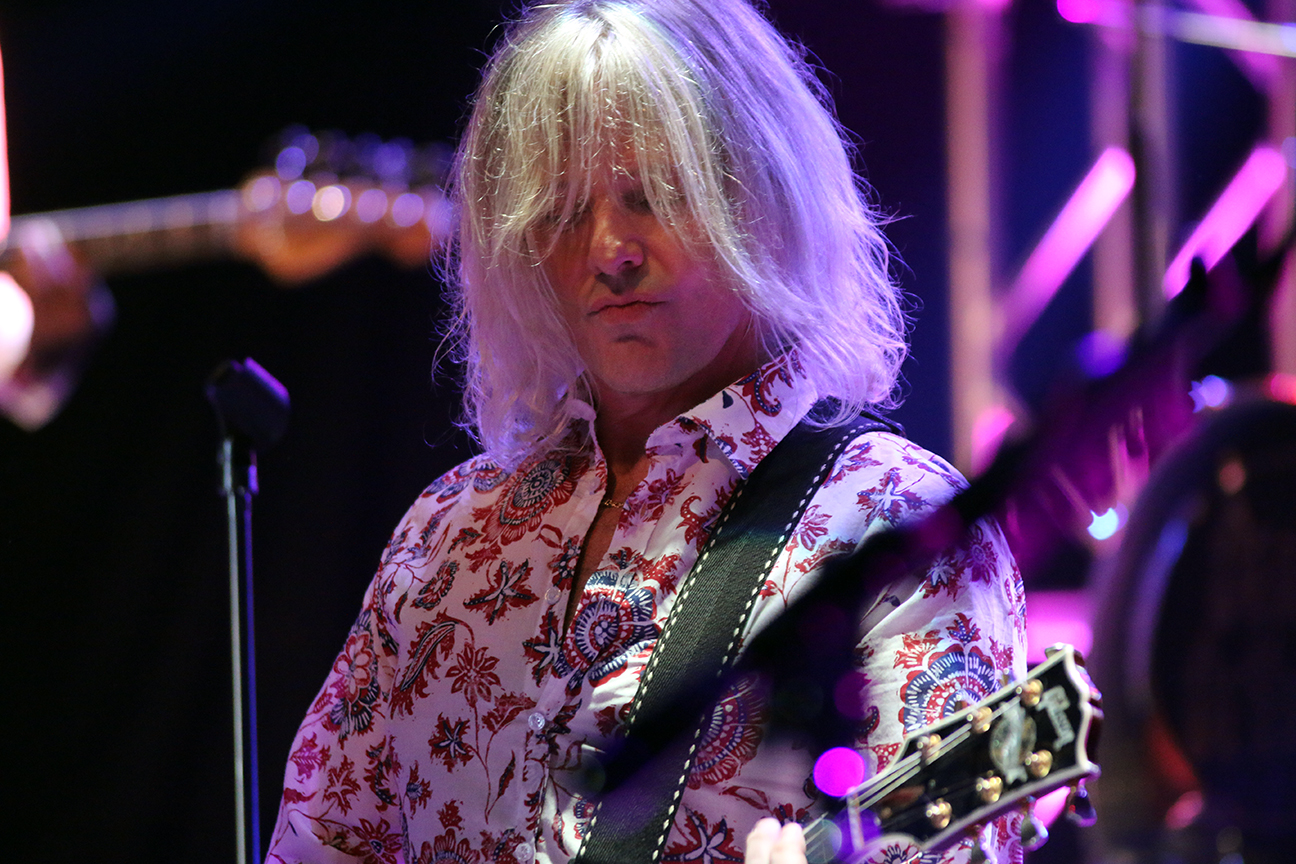 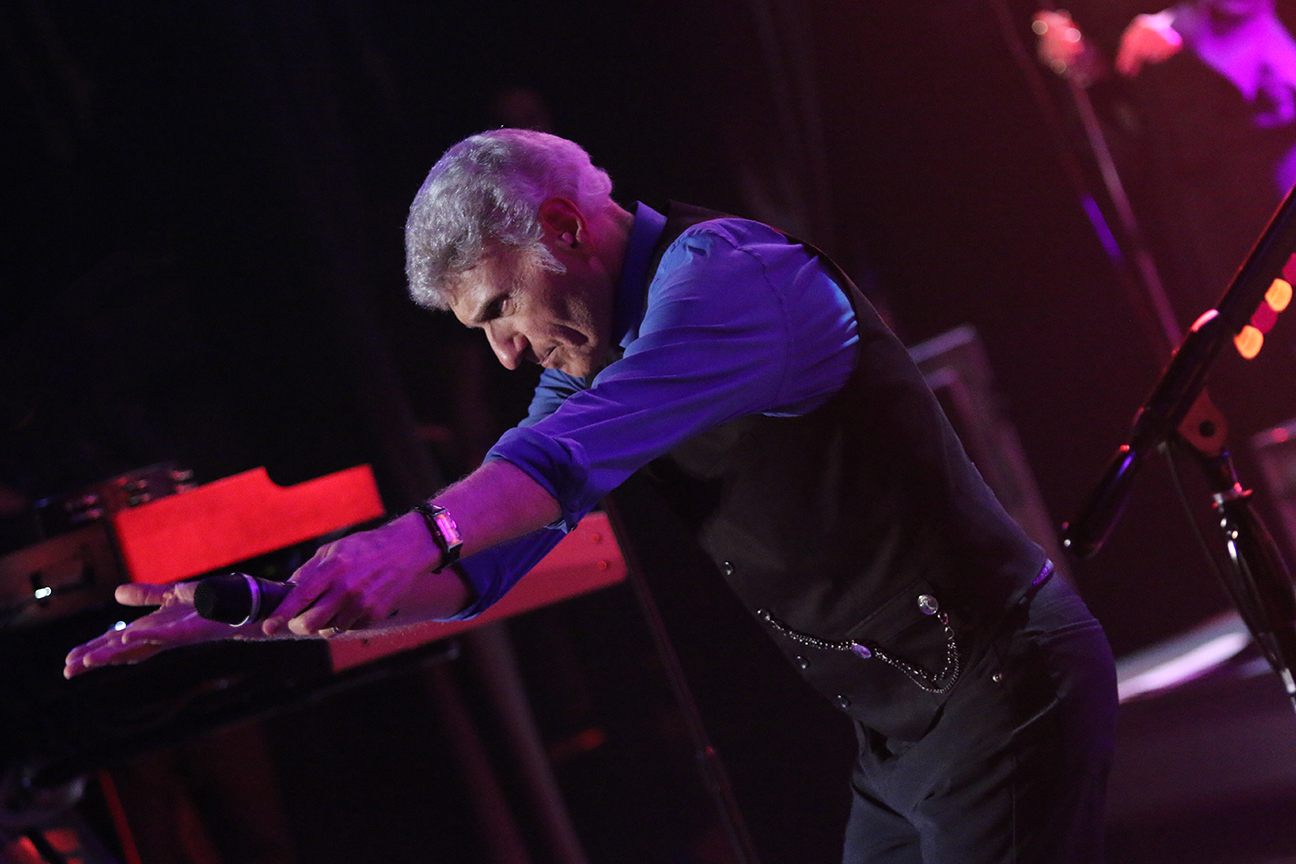 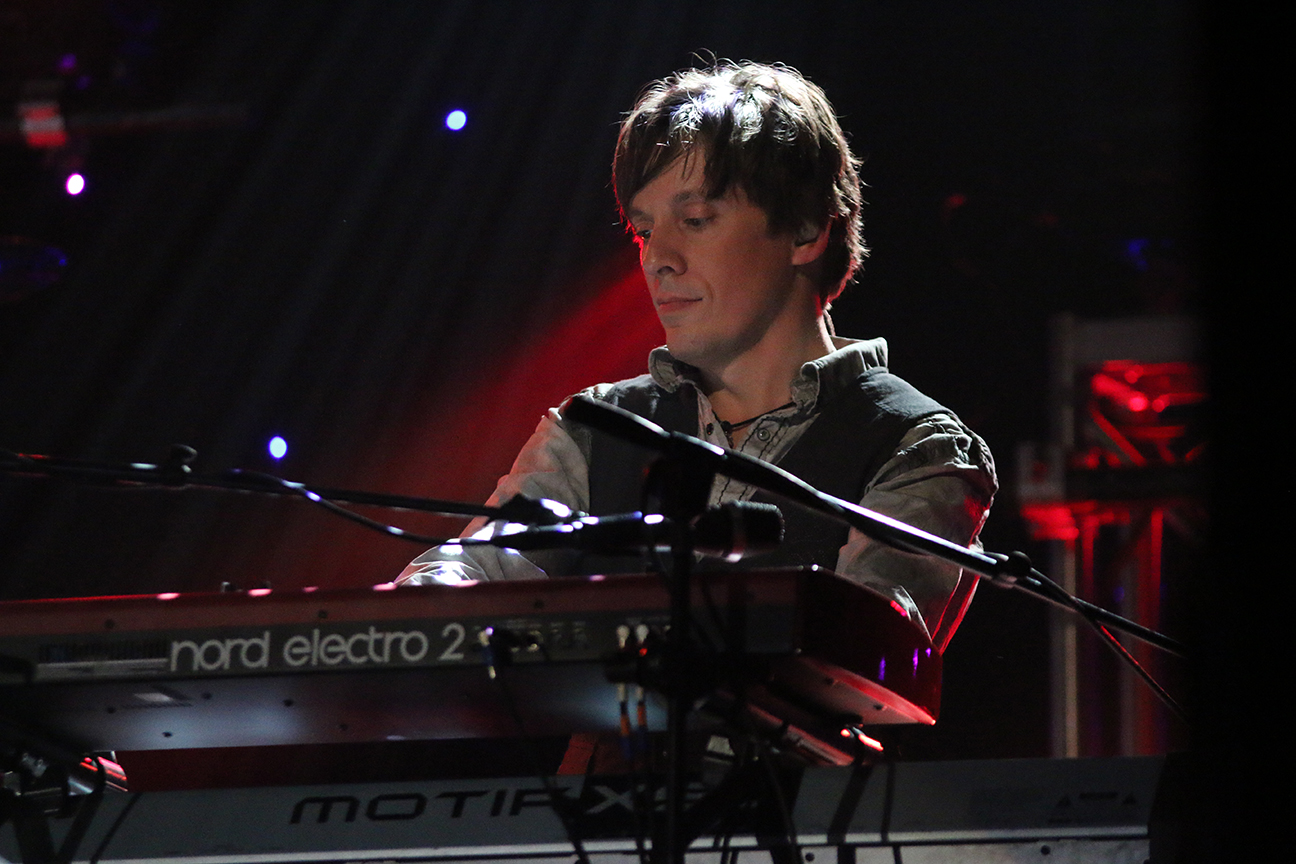 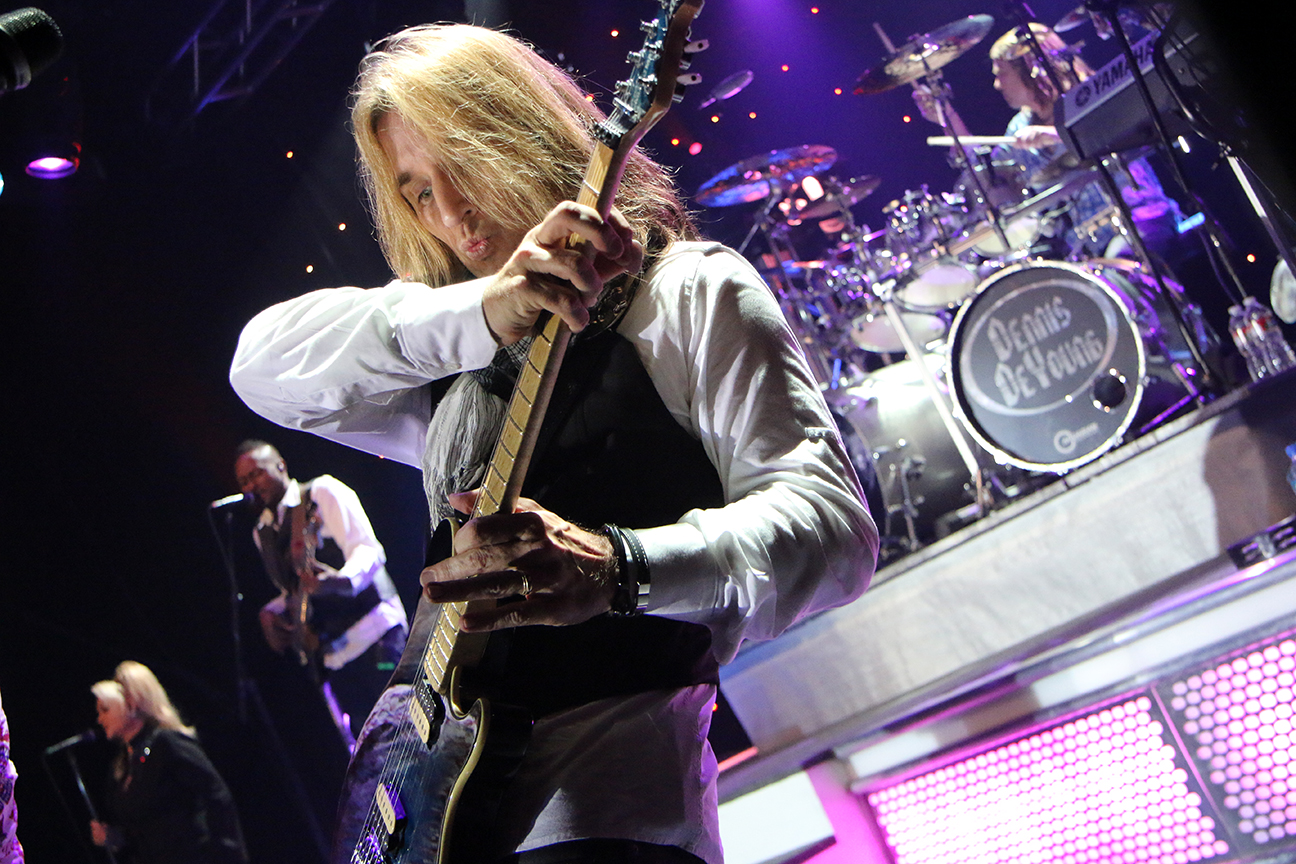 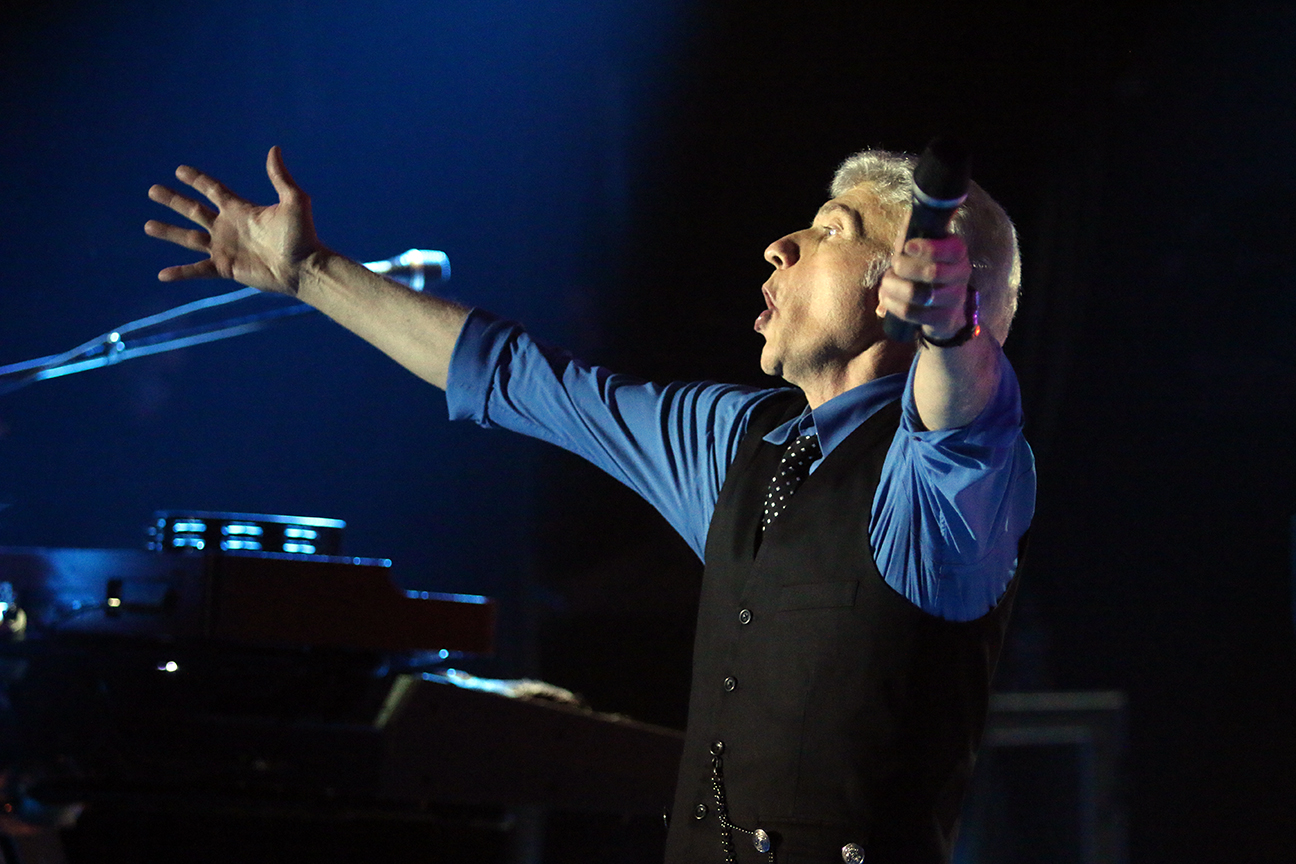