Dennis DeYoung’s new album “26 East: Vol 1” will be released Spring 2020 via Frontiers Records and will feature the duet “The Good Old Days” with Julian Lennon.

DeYoung has previously announced this will be his last album but has added an update.

“This was supposed to be my final album but there were so many songs written that Serafino Perugino, CEO of Frontiers, suggested dividing it into two albums rather than one,” DeYoung states. “So be it. This is Volume 1, which sounds pretentious to me, but the marketing folks wanted you to know there are going to be two of them, so hey kids, there are two of them; this is Volume 1.“

It all started when Jim Peterik, a fellow Chicagoan and nearby neighbor, sent a song demo to Dennis.

“If not for Jim Peterik’s encouragement, talent and prodding I would not have recorded this music,” said DeYoung. “He once told me that the world needed my music; to which I replied ‘have the world text me for verification.’ We collaborated from the get go, happily and seamlessly and at this time we have written 9 songs together of which five will be on Volume 1. Just two Chicago guys doing what they do best, making music and having a laugh.“

The collaboration with Julian Lennon came about when DeYoung wrote a verse and chorus of a song with Lennon in mind. Lennon heard the demo and said he would be honored to participate. Lennon’s vocals were recorded in October at Mission Sound in Brooklyn, NY.

DeYoung shares, “The moment we sang together in the studio it felt magical. I wrote the song specifically for our two voices. I had never met Julian previously but I have been an admirer since Valotte.“

The album title “26 East” represents the birthplace of Styx. 26 E 101st Place was the address where DeYoung grew up in Roseland, on the south side of Chicago. Across the street at 39 E 101st Place lived the Panozzo twins, Chuck and John, whom would go on to form Trade Winds in 1962, which a decade later would become the core of Styx. The cover artwork of “26 East” features three locomotives, representing the three original members of Styx leaving the Chicago train yard dreaming of bigger and better things.

In support of the release of “26 East,” DeYoung will tour heavily throughout 2020. To kick-off the release of the album, DeYoung will appear at the House of Blues Chicago on April 3rd, with a live concert and sneak preview of the album. A CD of “26 East” is included with the price of admission. In addition, the album will be played in its entirety on the house PA, followed by a Q&A session with DeYoung and Jim Peterik to discuss the new music. It will be followed by the live performance of The Music of Styx. Attendees can expect to hear a few songs from the new album, also performed live.

About the Dennis DeYoung Show:

Dennis DeYoung is a founding member of STYX and the lead singer and writer on seven of the bands eight Top Ten Hits. His live concert showcases all of STYX Greatest Hits spanning the 70’s, 80’s, and 90’s. The set includes all eight top Top 10 hits including LADY, BABE, COME SAIL AWAY, TOO MUCH TIME ON MY HANDS, BEST OF TIMES, MR. ROBOTO plus Classic Rock Anthems RENEGADE, BLUE COLLAR MAN, SUITE MADAME BLUE, ROCKIN THE PARADISE and more.

Dennis DeYoung is a legendary singer, songwriter, keyboardist, composer and record producer with a career spanning over 40 years. His voice is one of the most recognizable in the music world today and continues to inspire new generations of fans.

A printed press release can stay online for years to benefit the seller. Below are ten of the dozens of results that still arise in search engine listings more than 2 years after distributing the press release; not including radio mentions, YouTube mentions, streaming listings, etc. It works the same way for product launches, corporate information, event news and virtually any genre of press. 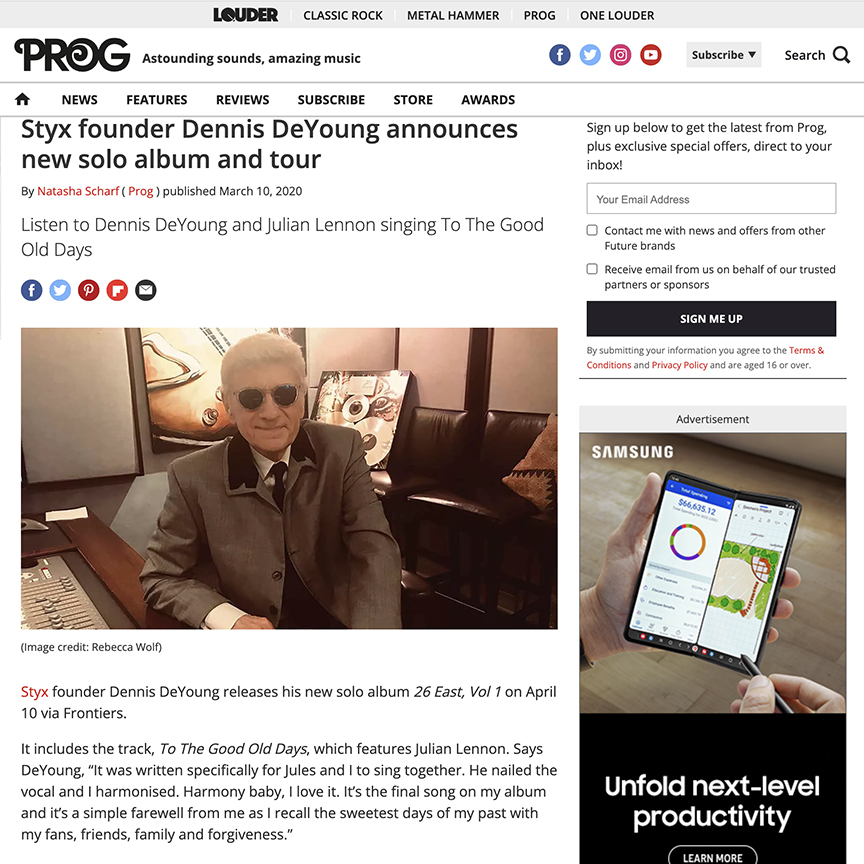 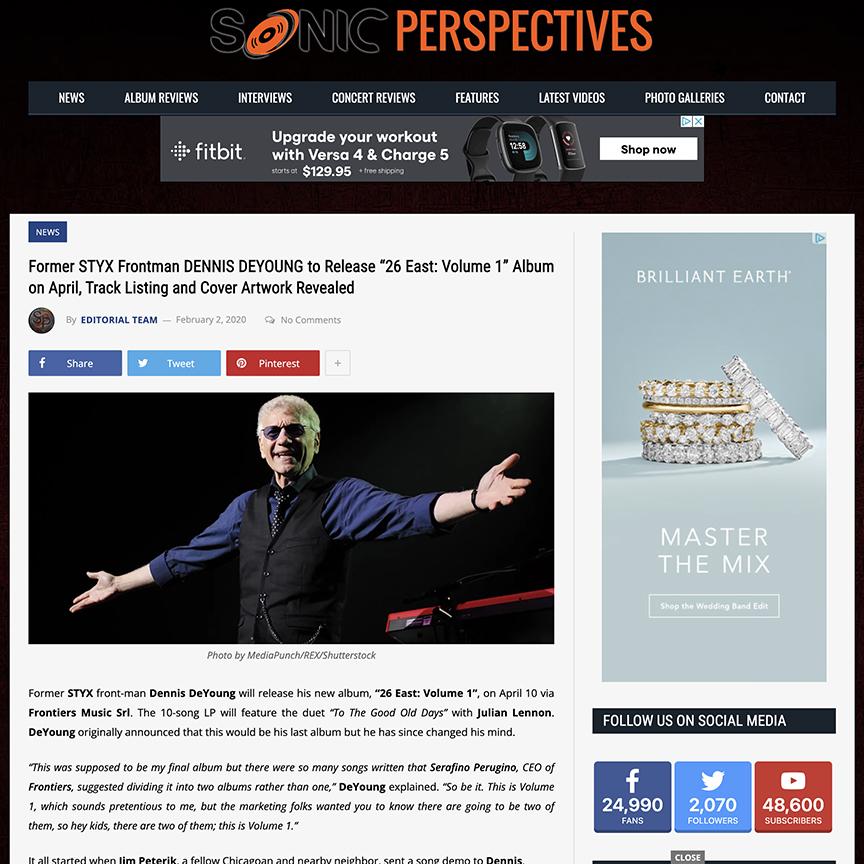 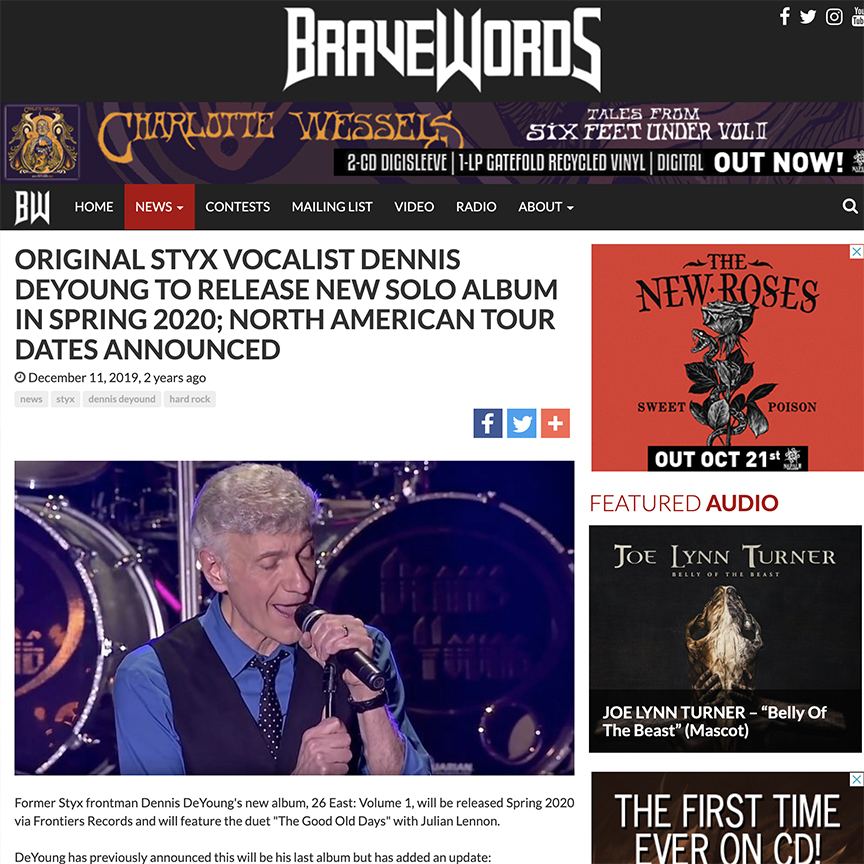 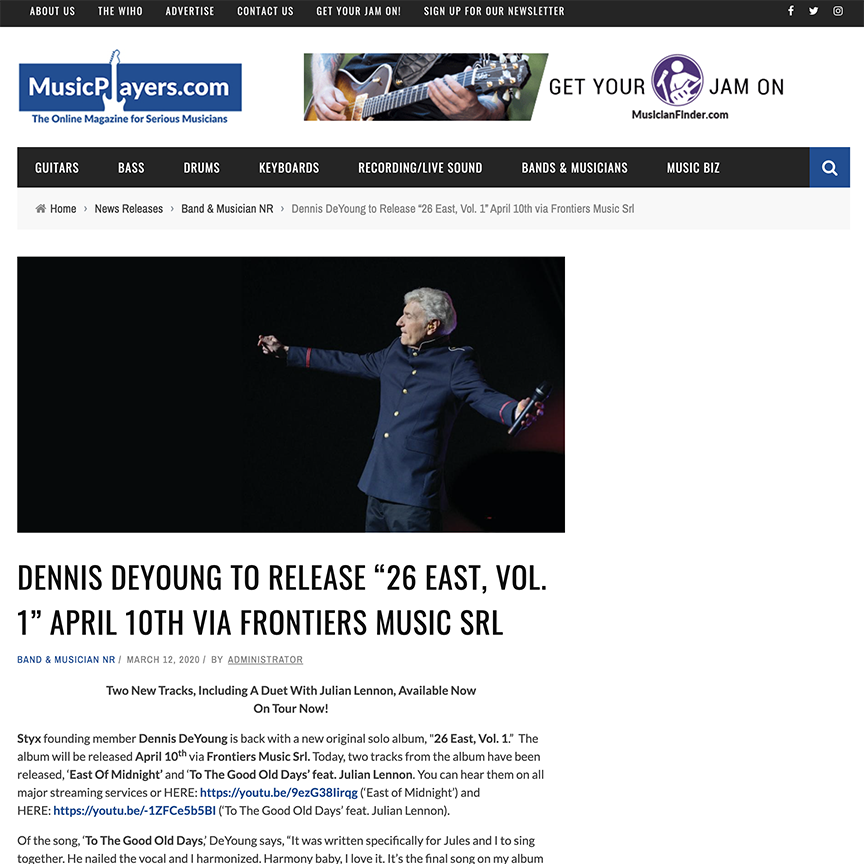 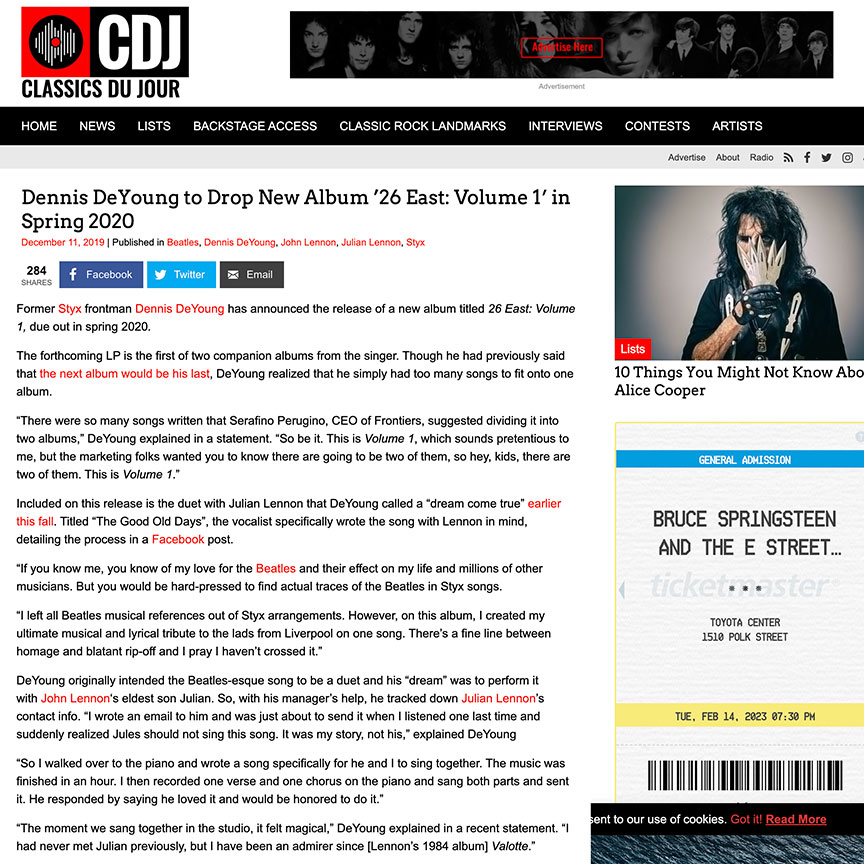 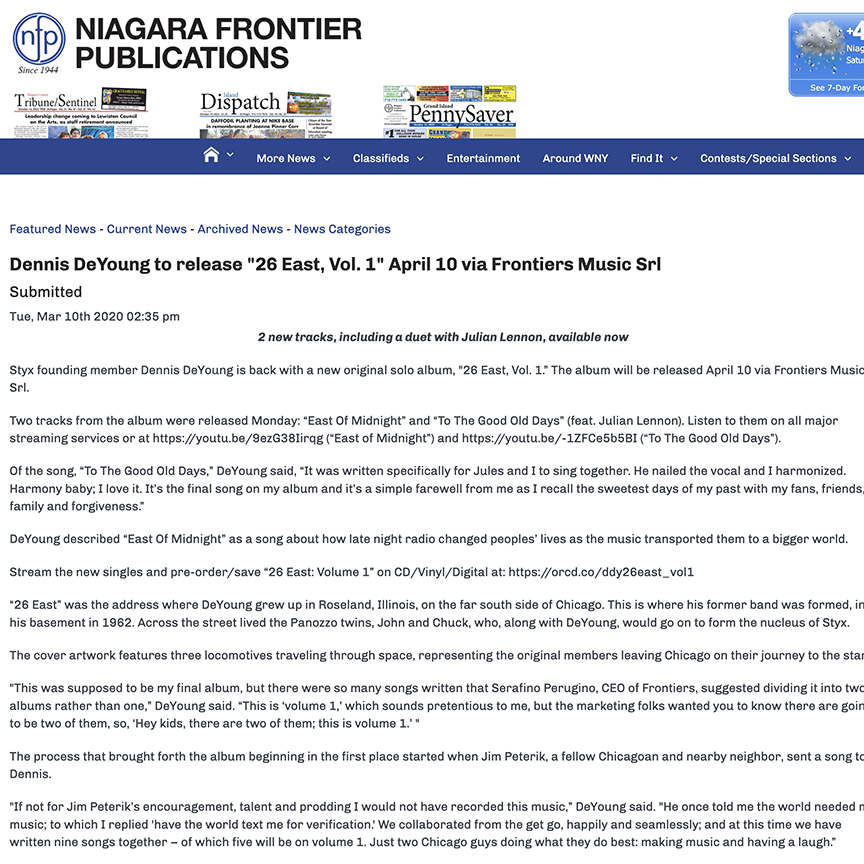 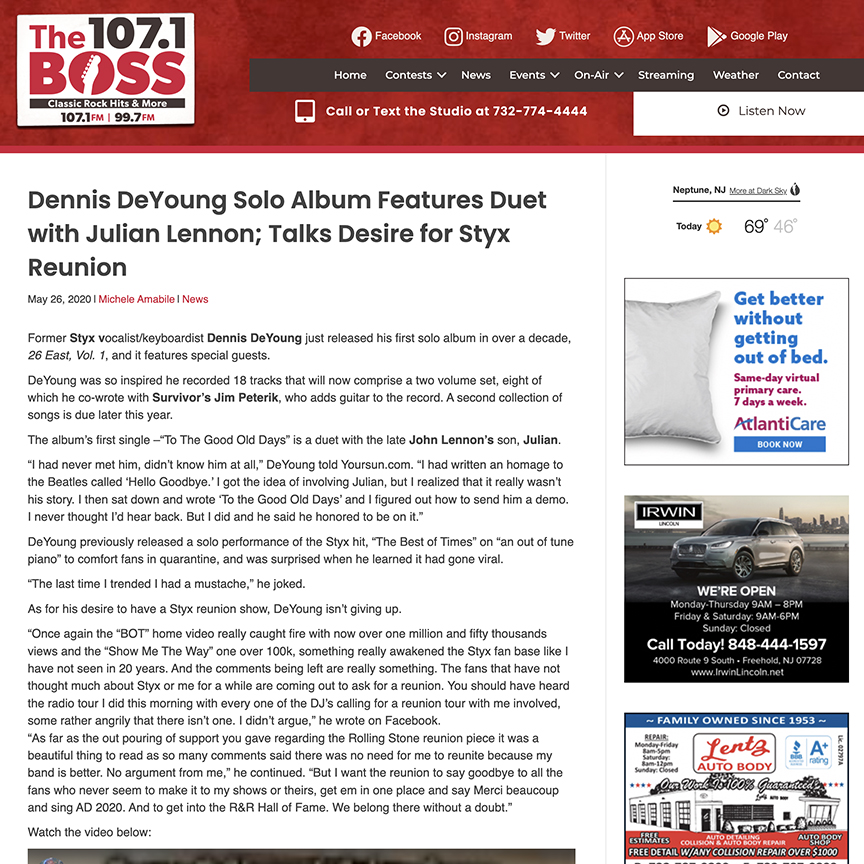 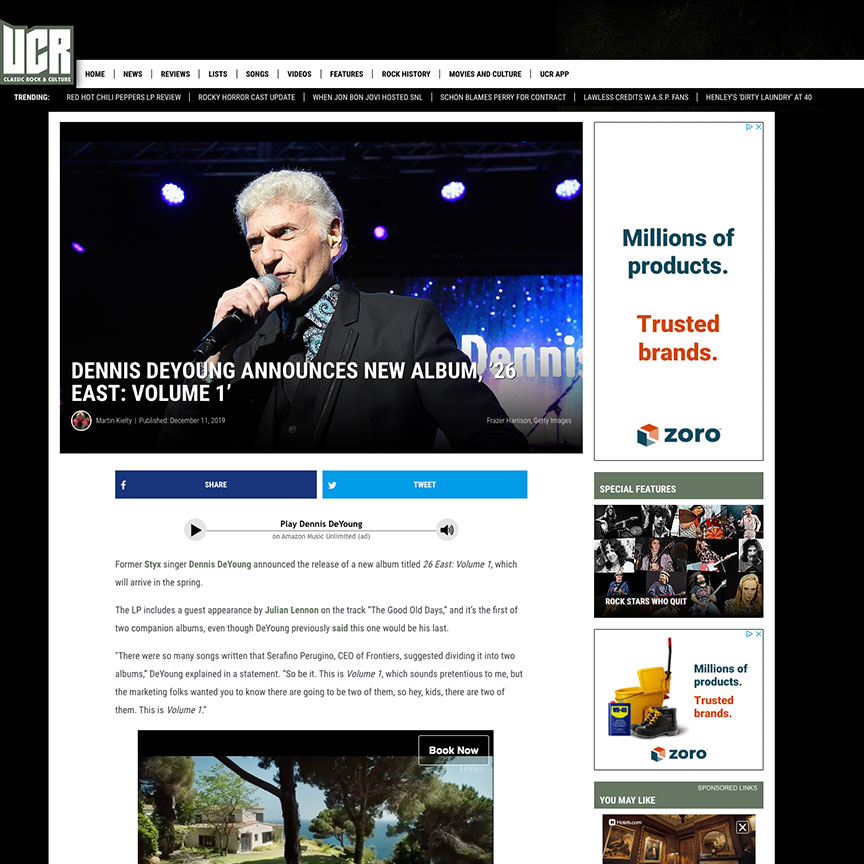 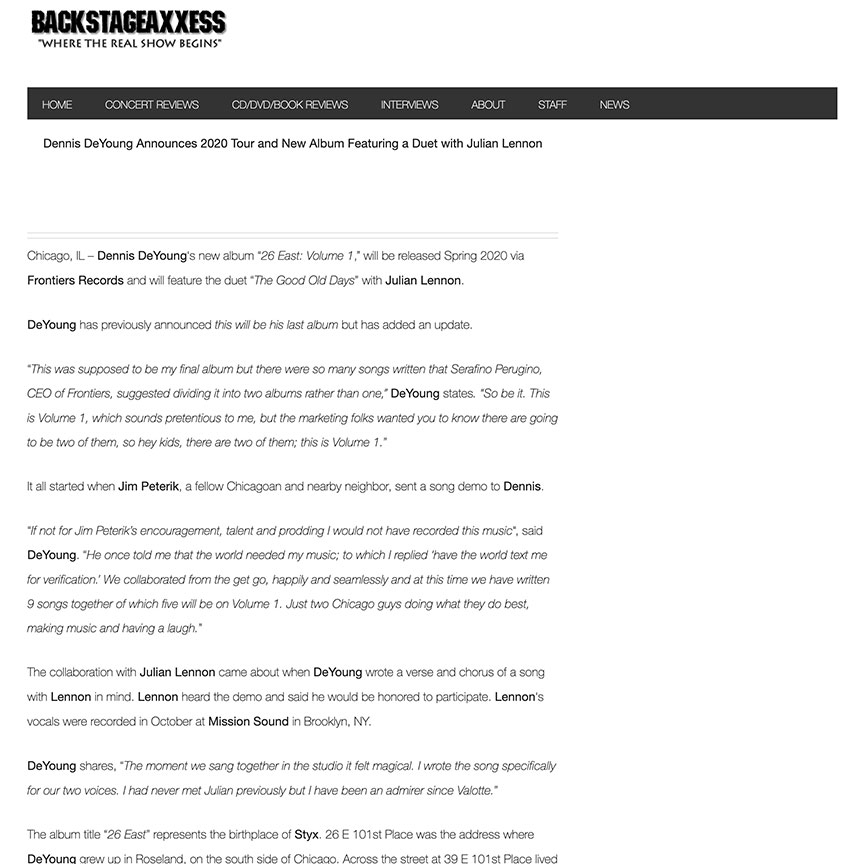